As a company, we are always trying to develop new things to add features and benefits to complement the ownership experience of an Aston Martin.  Historically, we have developed Bluetooth Hands Free, iPhone and iPod integration, parking camera systems and more latterly the Smartphone mirror for showing the latest mapping apps on the screen of the ever so slighted dated Sat Nav system.

Now with the advent of Apple’s CarPlay and Android Auto we can bring all of that together in one system.  As mentioned, we use the existing screen in the car, with the original navigation system still in the background, so the fabric of the car remains intact.  Connection is made to the fibre optic MOST system of the car to allow excellent audio reproduction through the existing system, again.  A microphone is fitted, not only for the hands free phone system but also for the use of the voice assistant, Siri, although on later car’s we can integrate with the existing Aston Martin Bluetooth hands free kit.

The control for all of this is done through a new control hub situated in the centre console, in most instances, where it falls easily to hand.  Rotate to select the icon you wish to control and then press the knob in to select the desired function, other controls include a fast forward and rewind button with a back and home button completing the 4 buttons surrounding the central selector knob.  All this can be done with out taking your eyes too far from the road.  Switching between CarPlay/Android Auto and the car’s normal systems is done with a small covert rocker hidden, normally, in the ashtray aperture, but can be sited wherever is most convenient.  You can also choose to listen to the car’s existing audio system whilst having mapping on the nav screen from CarPlay/Android or have the full CarPlay/Android playing music and radio apps (You would need to be in this mode on earlier cars to enable use of phone functions).

Features include mapping from Apple, Google, Waze, Co-Pilot, Sygic and TomTom with live updates of traffic, roadworks and Police incidents.  Music from Amazon, Spotify, Deezer as well as Apple and a whole range of internet radio apps giving listening from across the World.  Hands Free phone system with voice dialling and access to phone books.  Audio books and Podcasts and the ability to have your text and Whatsapp messages read to you and then respond to them by voice. 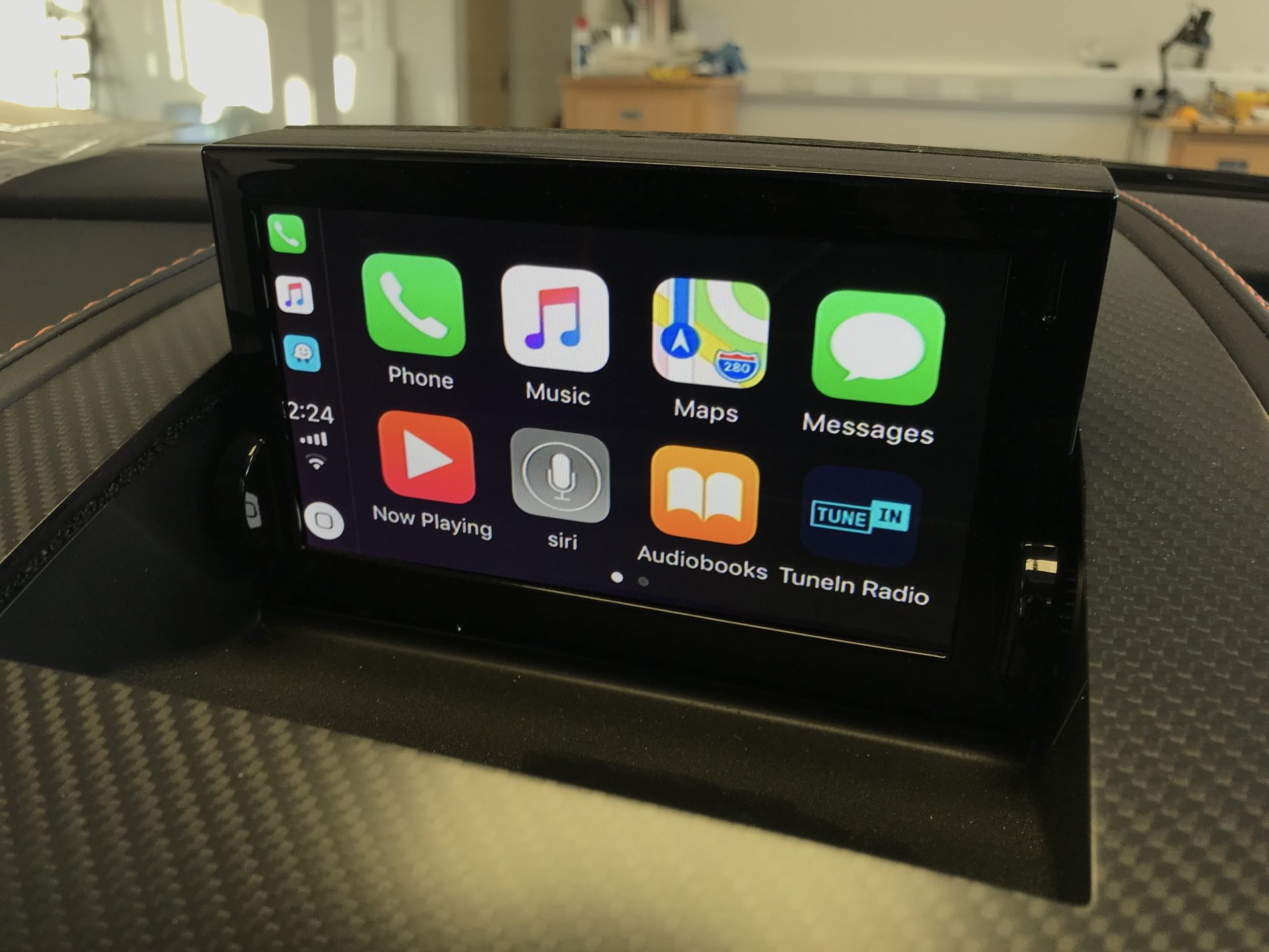 We can also now offer CarPlay and Android Auto integration to the latest range of Aston Martin V8 Vantage, DB11 and DBS Superleggera (2018 on).