The front facing parking idea was due to a small incident with a factory test car a number of years ago. I had been loaned a DB9 to do some development on Bluetooth hands free kits. The bonnet of a DB9/DBS/Rapide is quite difficult to see the end of, so when parking towards a kerb one day, I happened to dent the bottom of the bumper spoiler on a kerb stone. Either I parked 3 feet away from the kerb and got out and guessed or waited for the scrape when it was too late and too close!

Not all cars have come specified with front parking sensors from new and they are either very expensive to retro fit or just not possible at all. We were one of the first people to develop the front parking camera system for Aston Martin. In the early days we couldn’t get hold of forward-facing cameras, so we had to use reverse cameras on the front. Not too much of an issue apart from the images being back to front. Technology has moved on nowadays and we use a camera that gives us four different views from one single camera. These are standard, wide-angle, downward and left and right view, splitting the screen vertically. The camera displays on the cars’ own navigation screen, we fit a small switch, normally in the ashtray aperture, to toggle between the navigation screen and the camera (if rear camera fitted this will still operate in the same way). The front camera can be added to later model Vanquish S (07), Vanquish Gen 2 (2013-2018), any model of the Vantage up to 18MY, DB9/DBS up to 16MY, 2012 Virage and all Rapide models.  We are also now able to add front and rear parking cameras to the latest Vantage where its not had the 360 camera specified from new. 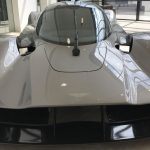 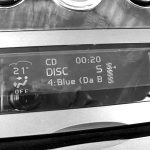